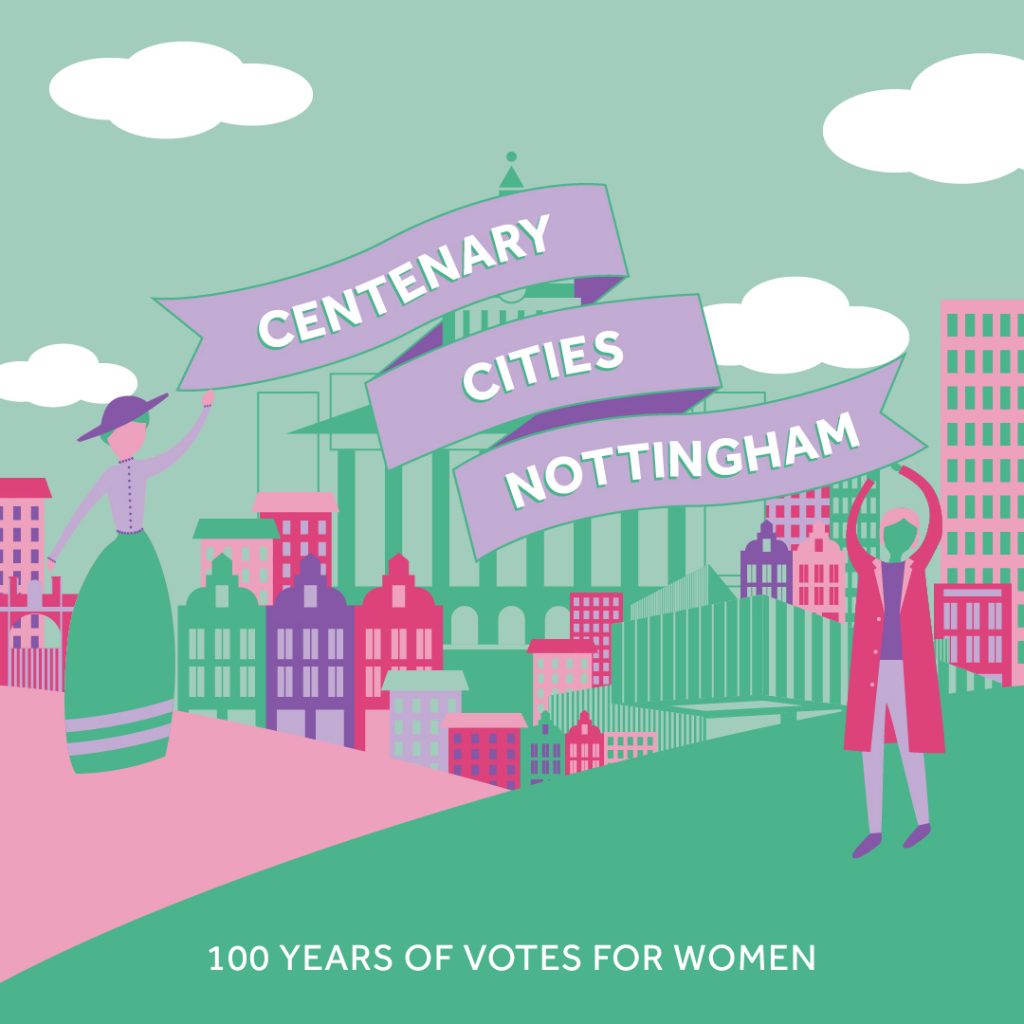 This year marks 100 years since the passing of the ‘Representation of the People Act’ which gave some British women the right to vote in 1918, and later opened the door to allow equal voting rights for all women in 1928.

On Wednesday 17 October the flag will begin its journey at the Nottingham Women’s Centre where they will be flying the flag to remember and celebrate all suffrage societies and individuals who fought for women’s right to vote.  For women who would like to join in their celebrations, they are organising a “Make your own flag” crafty morning, from 11am – 12:45pm.

At 12.45pm attendees will march with the Suffrage Flag (and their own newly created flags!) to the Council House for NCC’s afternoon reception.  The afternoon celebrations, scheduled to begin at 1pm, will consist of afternoon tea, a brief talk about the history of womens suffrage in Nottingham by the Nottingham Womens History Group followed by an interactive section of the afternoon for everyone to get involved with. The afternoon will conclude with a photo call in front of the Robin Hood statue, before handing the flag over to the next hosts – HMRC.

For more information or if you have any questions please contact aga@nottinghamwomenscentre.com or Letrice.serrant@nottinghamcity.gov.uk