At the latest One Nottingham meeting Jane Todd was appointed as the new chair of the One Nottingham Board. Jane will take over the role from Councillor David Mellen, who has held the position for almost five years. 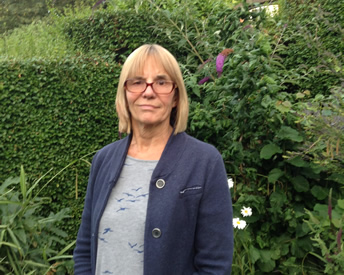 Jane is a former Chief Executive of Nottingham City Council, until her retirement due to ill health in 2012. She is now fully recovered.

Jane Todd said: “I am relishing taking on new challenges and I am delighted to accept this appointment.”

Jane Todd has a record of working across all sectors in Nottingham; she was awarded an OBE in 2013. She is an Honorary Doctorate at the University of Nottingham and she is a Deputy Lord Lieutenant of Nottinghamshire. She is a former Regional Director of the Government Office for the East Midlands. Jane is active in the community and voluntary sector in her roles as the Independent Chair of Small Steps Big Changes (led by Nottingham CityCare Partnership) and Opportunity Nottingham (led by Framework Housing Association). Jane has spent almost all her life living and working in Nottingham.

Retiring One Nottingham Board Chair, Councillor Mellen said: “I know Jane very well from her days at the city council and I know she will be a fantastic champion for Nottingham. I am proud of the work that One Nottingham has done during my time as chair, I look forward to continued positive work in the city during Jane’s tenure and I’m sure that by working together across the public, private and community sectors, we can make that happen.”

Councillor Mellen has chaired One Nottingham during a period when it has moved from a statutory organisation with a regeneration budget of tens of millions of pounds to one which now leads the city with the Nottingham Plan. It has successfully co-ordinated innovative bidding at the cutting edge, including overseeing a number of successful lottery bids, worth millions to the city, and the flagship Nottingham City of Football. One Nottingham has also led the growth of the hugely successful Nottingham Young Creative Awards. A significant part of David’s legacy is improved working relations between faith organisations and the private, voluntary and public sectors.

One Nottingham is a strategic partnership which brings together public, private, voluntary and community sector organisations to promote a long-term vision for the city and tackle disadvantage.

For more information contact Nigel Cooke, Director of One Nottinghamnigel.cooke@onenottingham.org.uk or telephone 0115 8764997.