One Nottingham has published its Annual Report 2010/11 showing progress achieved in the first year of the Nottingham Plan to 2020. 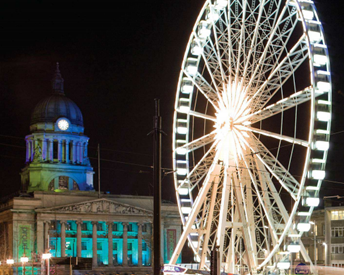 The Nottingham Plan to 2020 is a route map for organisations in the city and for citizens and communities, and sets out a clear vision of what the city should look like in 2020.

Despite the difficult economic climate and reduced investment in public services, a good start has been made on route to a vision for Nottingham and this first Annual Report shows what can be achieved by working together. Among the achievements are:

Strong investment in Nottingham, including:

A survey in 2010 revealed that people feel better about living in Nottingham:

Nottingham is cleaner, safer and greener, with:

The plan reflects the views of the many people across Nottingham who have helped to shape it. We began to develop the vision for Nottingham in July 2008, following the I’maginiNG programme. This was an extensive public engagement programme, with around 1250 people who took part in I’maginiNG events, and 634 people who responded to postal and on-line questionnaires.