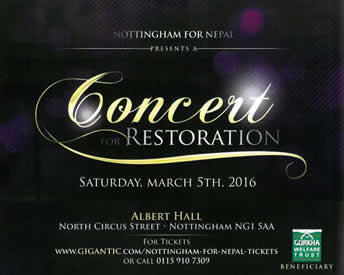 On the 25th April 2015, Nepal was hit by a devastating earthquake measuring 7.8 on the richter scale. Thousands were killed and millions were badly affected. There has been widespread destruction of property and many people have lost everything. Nottingham for Nepal aims to raise money for the victims of the Nepal Earthquake through appealing for donations and by performing a concert in March 2016 at the Notingham Albert Hall.