This year’s winners of the Nottingham Awards have been announced.

Now in their sixth year, the Nottingham Awards honour people who have made a major contribution to life in the city through their work in the public, private and voluntary sectors. All of the winners were nominated by friends or colleagues. The judging panel consisted of City Councillors and One Nottingham Board members. 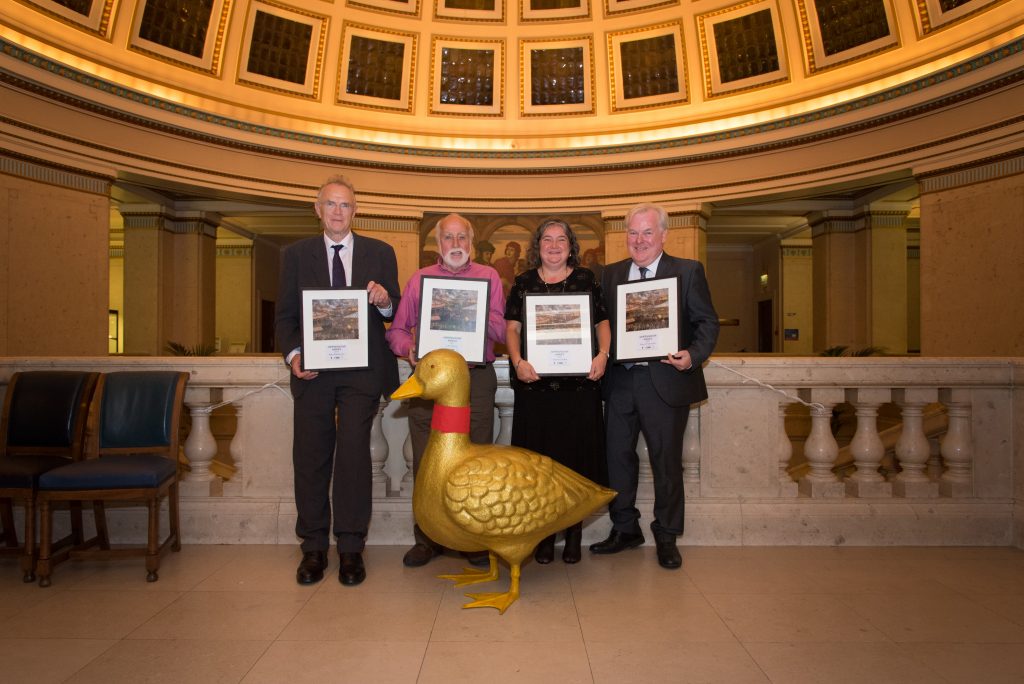 The award categories and winners for 2017 are:

This year, two people have been recognised in the Voluntary and Community Sector category, Louise Cooke and Leo Keely, who receives a ‘lifetime achievement’ award. 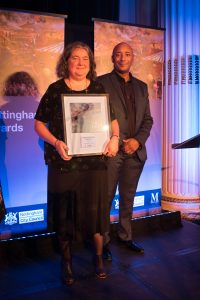 Louise Cooke is the founder and leader of Sharewear Clothing Scheme, a Nottingham-based organisation which provides clothing to local people in crisis and helps them to change their lives.

Sharewear works with a varety of agencies to help families in crisis with immediate clothing and bedding needs. Louise organises all of this on a voluntary basis, working with a team of volunteers to sort donated clothing, raises funds and raise awareness. 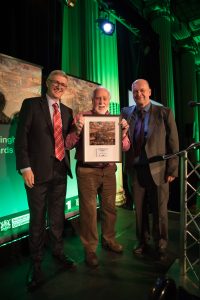 Leo Keely has lived and worked in Nottingham all of his life. He worked as a civil servant and was a volunteer in the trade union and anti-apartheid movements before retirement. Since then he has become a volunteer for the Nottingham and Nottinghamshire Refugee Forum where he first became Treasurer and is now the Chair.
The Nottingham and Nottinghamshire Refugee Forum works to offer refugees and asylum seekers practical advice, information, support and friendship. Leo has always been a local community activist with a key role in various campaigns. 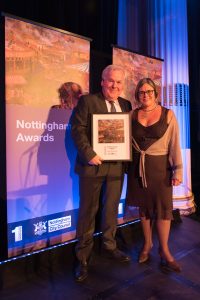 Glen O’Connell has had a distinguished career in the public sector and was the most senior lawyer in the City Council for some 20 years before retiring earlier this year.
He has been pivotal in shaping modern Nottingham having been involved in or led on many major high profile areas of work including the Tram; LIFT joint service centres for Hyson Green, Clifton, Bulwell and St Ann’s; and the transformation of Nottingham’s school buildings through Building Schools for the Future.
Glen was also instrumental in the development of the National Ice Centre and Arena which he continues to visit regularly to support the Nottingham Panthers. 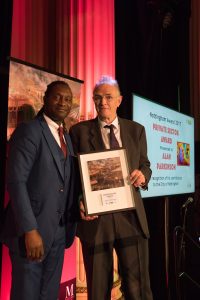 Alan Parkinson came to Nottingham to study photography and then became a Further Education teacher.
His involvement with inflatable structures began on a Nottingham community project in 1981 which provided inflatable play facilities to children and adults with special needs.
Alan designed and built his first luminarium in 1985 with the help of young offenders. In 1990 he created ‘Eggopolis’, the first of his luminaria to be shown outside Nottinghamshire.
He founded Architects of Air in 1992 creating monuments and interactive walk-in inflatable sculptures to delight audiences of all ages across the globe, welcoming over 3 million visitors at more than 600 exhibitions worldwide into 25 luminariums.
Architects of Air remain firmly rooted in Nottingham at their base in the Oldknows Factory in St Ann’s, complete with a team of 15 people who build and care for the structures.
The Nottingham Awards event, which took place at the Council House last night, also helped to raise funds for the book gifting charity, Dolly Parton’s Imagination Library. 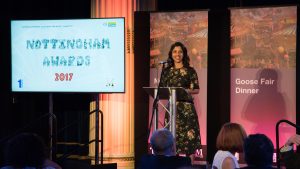 This years Awards were presented by the BBC’s Geeta Pendse

Thank you to the Mellors group for their sponsorship this year, a name synonymous with Goose Fair 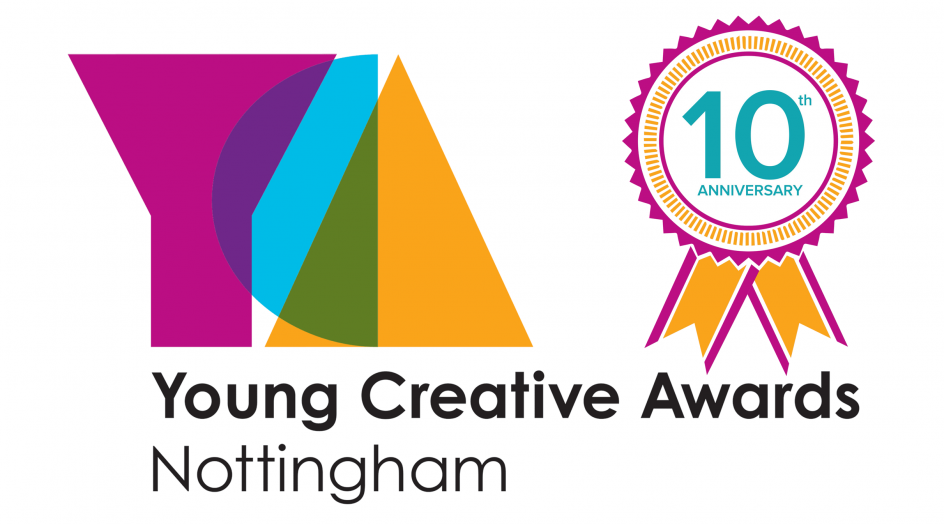